Behind every business there is a story and this is our story at WorkoutWith.

Ideas can occur at odd times and in unusual places.  The origin of WorkoutWith (WOW) was hatched in a conversation between father and son while sipping coffee around a swimming pool in Marbella during that wait time before a return flight to the UK.

Frank, Chief Fitness Officer of WOW, was lamenting his lack of exploitation of social media to promote his services as a fitness professional. He had a profile on LinkedIn and found that useful for connecting with industry colleagues but realised that it is not the place to promote his services. That led to the idea to develop a website www.workoutwithfrank.co.uk to test the idea of how a website with links to social media would enhance his professional profile and be a platform to promote his skills and experience. The website also has an eCommerce engine that promoted fitness products related to advice given for fitness, weight control and back pain.

Over a lunch at Waterloo Station in June 2014 came the Aha moment. There are thousands of fitness professionals who have no online presence and that can’t be right. What if we could provide them a professional platform to help them promote their services for free? A quick check revealed workoutwith.co.uk and .com were available and they were purchased. Next we had to design and build a website capable of supporting thousands of profiles that was free to search just like Google. If you ever had to bootstrap a business with limited funds and do something novel then you will understand the challenges we faced.

The first release of WorkoutWith was a milestone. It worked and it was really easy to use and fast. It was also designed to be mobile friendly and that turned out to be a really smart move as Google’s algorithms now rank websites according to how mobile-friendly they are. Now the task was to build a following and Twitter and Facebook accounts were set-up.

There was no fanfare as there was no money, that had been sunk in the development of the website. We have been learning the reality of building a community of fitness professionals and it has its challenges not least to educate the community of why it is important to build a personal brand as a professionally qualified person. We invite you to read our blog where we asked the question: What does the P stand for in PT?

We are on a journey that has been peppered with highs and lows and a few surprises.

WorkoutWith now has a comprehensive portfolio of blogs

WorkoutWith is known to REPS, CIMSPA, BASES, ISEM and others in our community

There is more to tell yet most importantly we have stayed the course and kept true to our original intention to create a platform for the promotion of fitness professionals and make that available for free.

If you believe in what we are doing then we invite you to join our growing community of exercise professionals and list your profile for free click here. 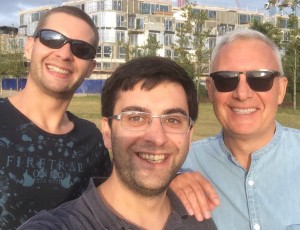 Like what we do at WorkoutWith? Check us out on

Are you a Personal Trainer?